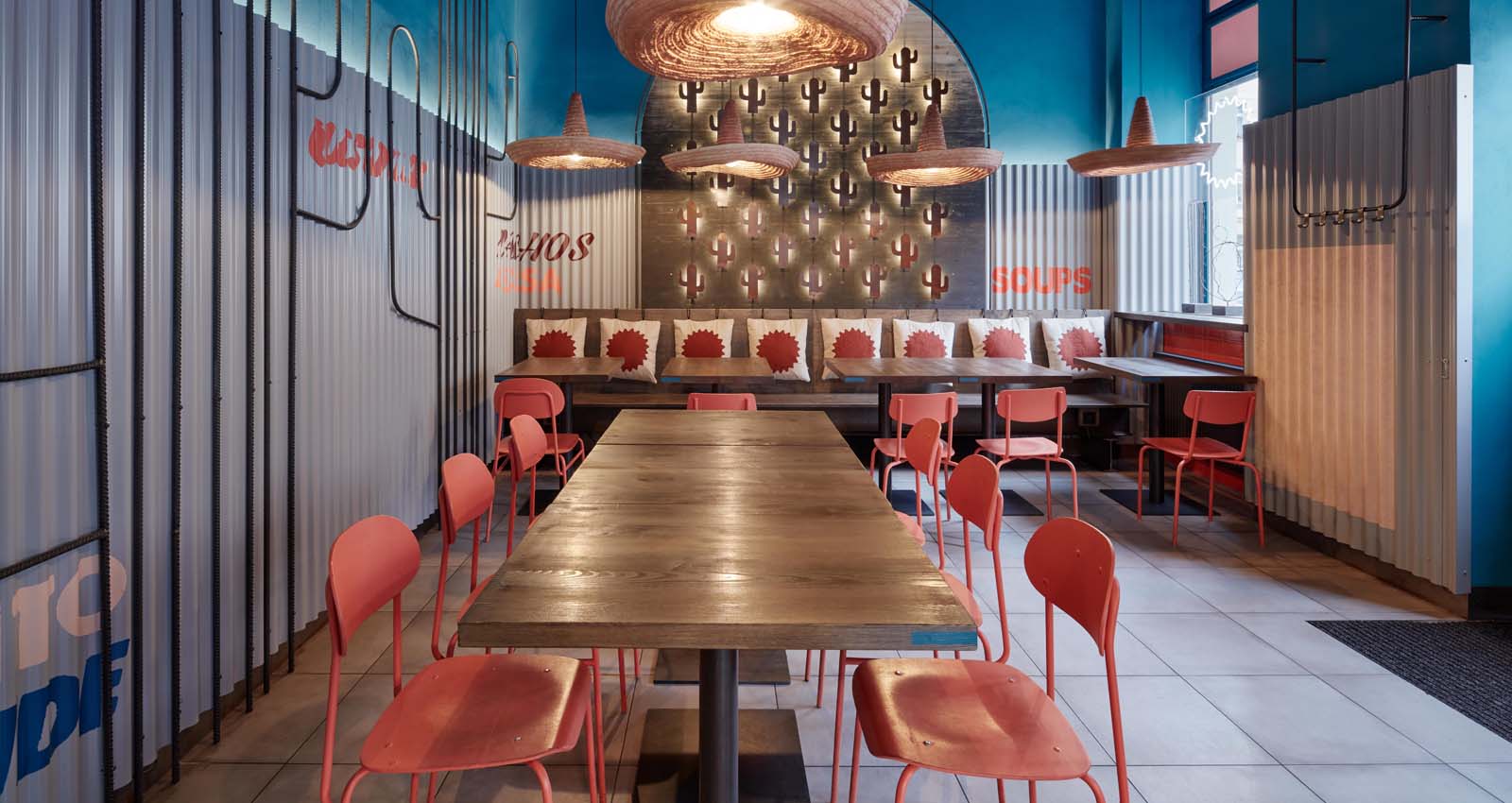 Put a cactus and a large sombrero on your head to shield you from the blinding late-afternoon sun and you are catapulted into Mexico, during the preparations for a traditional village festival.

Some people decorate tree branches with skilfully handcrafted garlands, while others surround themselves with colourful fabric accessories, string lights, cushions and tableware. Almost everything is ready. All that is missing is music and naturally plentiful food and cool drinks.

Burrito Loco, a fast food chain with a large number of locations spread through the streets of Prague, brings this Latin American party atmosphere to the city, choosing concrete-effect porcelain stoneware for a setting that brings Mexican inspiration to the fresh, vibrant, contemporary allure of a fast, original meal.

A few well-defined elements characterize the design of the indoor spaces, which was overseen by Czech firm Formafatal and structured like a kind of abacus to form the basis of the design of all of the chain’s newly-opened restaurants. Let us examine these elements together, starting from the envelope that encloses the spaces of Burrito Loco.

On the walls, enamelled corrugated sheet metal boiserie in light colours gives way, halfway up, to matt painting in bright colours, which vary from room to room, chromatically characterizing the different spatial functions without undermining the choice of original finishes.

On the ground, the homogenous pattern of concrete-terracotta-effect porcelain stoneware tiles from Ragno’s Rewind collection, chosen in the Polverefinish, gives way, in the entrance and counter area, to a smooth and uniform expanse of resin.

The concrete effectof both floors takes on a multiple aesthetic and emotional value:

Alongside the stylized and widely recurring cactus motif, the restaurants feature meticulous details and clear local Mexican inspiration, which plays a dominant role, without falling into clichés.

Burrito Loco is a chain with a distinctly metropolitanstyle, hence the presence of colours and references that evoke the Latin American aesthetic, which is fun and engaging like the – not only culinary – party that inspires it.

Register for the newsletter!